Legendary producer for the Beatles, Sir George Martin, passed away on March 8, 2016 at the age of 90. He played such an integral role in the music of The Beatles that many regard him as the “fifth” Beatle. 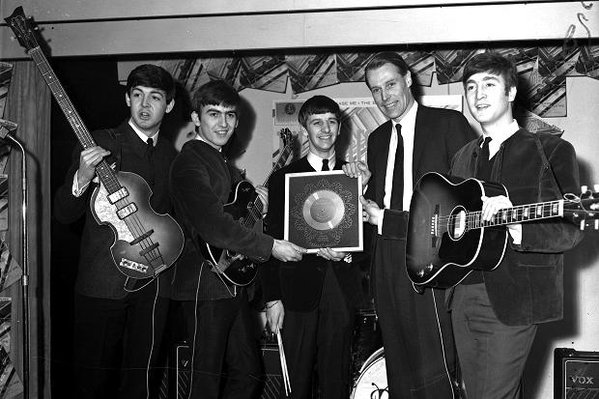 *
In 1999, Sir George released an album called In My Life which was a collection of Beatles songs covered by different artists. Produced by Martin, the album features songs by many A-list celebrities including Robin Williams, Jim Carrey, Celine Dion, Goldie Hawn, Sean Connery and Phil Collins. 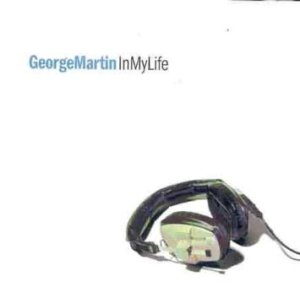 To promote the album, George Martin did an extensive interview with Beatles historian, Martin Lewis in 1998. The audio interview and transcript was released to the media to help publicize the In My Life album in 1999. This interview with Sir George provides great insight into his work with The Beatles.

Here is a brief excerpt:

Q: So there you are in 1962, something happened then that changed everything for you – you met Brian Epstein, who managed The Beatles. Tell me about that.

George Martin: Brian Epstein brought along a tape of a group that he called the most unlikely name of The Beatles, a very corny name I thought, and [the tape] was not very good, in fact it was awful. But it did have something, it had a sound that was very rough and raw. The songs weren’t anything to write home about. My reaction to him – he was very persuasive, he was convinced “this is going to be the best group ever. They’d been in Germany, they’re turning people away when they’re doing gigs.”

He didn’t tell me that he’d been to every other record company in the country, and been turned down by every record company. If I had known that, I would have chucked him out the door, but I listened very politely to him, he was a very nice man, very persuasive. And I said, “If you want me to judge it on this I would have to say never, but if you like I will give these characters some time. If you bring them down from Liverpool, I will take them into the studio and I will see what we can do with them, and then I’ll tell you if they’re any good or not.”

But when The Beatles came down, we spent an afternoon in the studio together and that was quite different.

Q: In what way was it different when they actually came into the studio in June 1962?

George Martin: They had tremendous charisma, these four boys. At least three of them did. The guy who played drums [Pete Best] was very good-looking but he didn’t say much and just kept very quiet in the background. But the other three were full of life and joking around with each other…

The songs they played me weren’t terrific, they were OK, but there wasn’t a hit I could hear. “Love Me Do” was about the best. But they had that quality which made you feel good. And I thought to myself, well if they make me feel good, and I’m a pretty hard, cynical bloke, they’re going to make other people feel good too. And therefore they have that charisma which is necessary for success…
This was the time also, it’s been much repeated, when I brought them into the control room to listen to what we’d been doing to their sound to see whether they thought the balance was right with what they’re used to hearing. And I said, “Have a listen to this and if there’s anything you don’t like, let me know.” Of course, George, the smart-ass that he was, said, “Well for a start, I don’t like your tie.” The others thought I would be offended by this, but it broke the atmosphere. It was very funny.
*
Q: Do you think you had the midas touch?
George Martin: I didn’t analyze my technique. To begin with, my main role was shaping and helping with instrumentals, helping with introductions, helping with the way it rounded off at the end. In a song like “Can’t Buy Me Love” for example, I took a phrase out of the chorus and turned it into an introduction.

When Paul first brought me the song, he started it off [imitates music] ba-da-da-da-da at the beginning of the song, and I said we need something more hooky than that, something to grab your attention. Which is why I took out “Can’t Buy Me Love” and constructed a beginning by repeating the hook into an introduction which seized upon your mind. You had to sell things quickly in those days.

Q: Did The Beatles take very happily to you making these suggestions in the first place or were they initially a little surprised that this slightly older person had ideas that melded so well with their own?
George Martin: The Beatles were very collaborative. I suppose they had to be. But no, there was no problem with them because they knew the formulas were working. They could see that anything we were doing together was the right way to do it. You can’t argue with number one.
*
Q: There was always the misnomer that John always described himself as a rocker, and yet it was he who wrote songs such as “Julia” and “In My Life” and people say “oh Paul, he wrote all those romantic ballads,” but he also wrote “Helter Skelter.”
George Martin: Paul and John were extraordinarily similar, and yet they were extraordinarily different. They were a perfect match because their collaboration was competitive and they both did the same things very well… But they were both geniuses. In my book, they were equal geniuses. One was not above the other in any way, they were both superb.
**
Note: This was just a tiny excerpt from the lengthy, in-depth interview with George Martin. The extended transcript (filling six 8.5 X 11 pages) of this insightful interview was printed in Daytrippin’ Magazine, Issue No. 7 from 1999, which is now available in electronic format at this link: https://daytrippin.com/magazine/back-issues/
**
Check out our latest Daytrippin’ Beatles newsletter: bit.ly/1SfD6R3

Other articles you might have missed:
When Elvis met The Beatles, was there a secret reporter present? 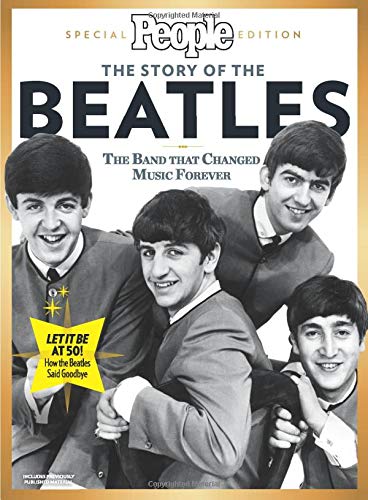