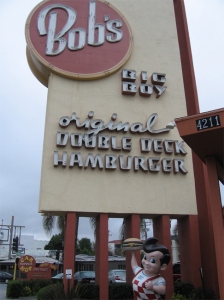 When The Beatles became a worldwide sensation in the 1960s, one would assume that they would only dine at the most expensive and luxurious restaurants. But on their 1965 American tour, they made an exception. They wanted to eat at an authentic American diner.

John, Paul, George and Ringo got their chance at the end of August in 1965 when they were in Los Angeles for their concerts at the Hollywood Bowl on August 29 and 30. According to legend, The Beatles visited the Bob’s Big Boy on Riverside Drive in Burbank. They sat in the “last booth on the right as one walks in, where the end of the windows facing out towards Riverside Drive’s stop,” the restaurant chain claims.
It’s surprising that there are no pictures of this visit, not to mention that it is hard to believe that The Beatles would be able to go to a public restaurant and not get mobbed by fans. However, a visit to Burbank would have been feasible since The Fab Four did have a four-day break in Los Angeles from August 23 to August 27, 1965. 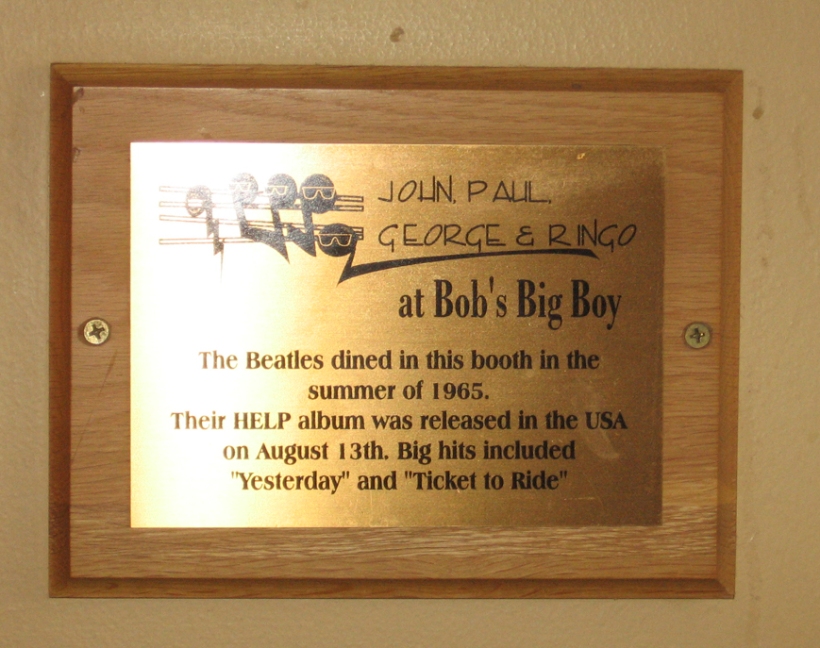 They spent those four days hosting parties and relaxing by the pool with friends at the house they were renting in Benedict Canyon in Beverly Hills. The lads (minus Paul) were also experimenting with LSD. On the night of August 27, the Beatles finally got to meet their idol, Elvis Presley.

On August 28, they rode a tour bus down to San Diego to perform at Balboa Stadium and then returned to L.A. that night. The following two nights they performed at the Hollywood Bowl. 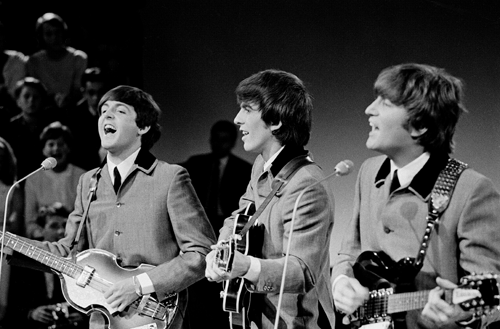 In “The Beatles: A Diary”, author Barry Miles describes the group as being “trapped in their house” during the trip as a result of fans watching their every move. However, he says that Paul McCartney was able to leave the house in disguise to do some sightseeing accompanied by Beatles’ chauffeur, Alf Bicknell.
Bob’s Big Boy in Burbank is a historic landmark in its own right. It was built in 1949 and is the oldest remaining Bob’s Big Boy in the U.S. It was designated as a “State Point of Historical Interest” by the State of California in 1993 due to its ’50s style of architecture. In the 1950s, the restaurant also served as a drive-in. 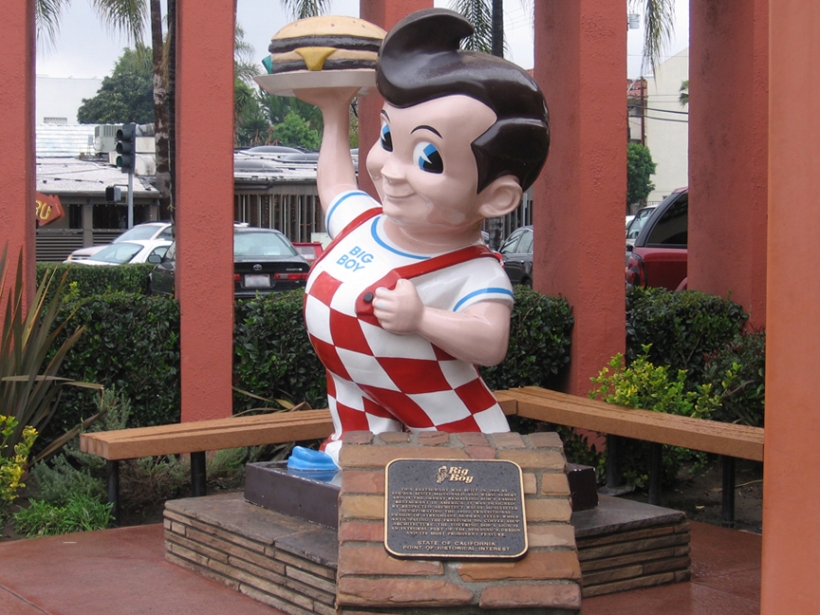 In recent years, the restaurant has revived 1950s nostalgia with the ongoing “Classic Car Show” on Friday nights where collectors gather at the Bob’s Big Boy parking lot to display their cars. Local resident and car aficionado Jay Leno has been known to show up at these events from time to time.

While it’s hard to believe that The Beatles would have been able to escape the fans and the press during the height of Beatlemania for a meal at Bob’s Big Boy, the legend has taken root. The “Beatles Booth” and the corresponding honorary plaque of the visit that sits above the table in the corner at Bob’s Big Boy is a favorite place for local L.A. Beatles fans to visit when they are grabbing a bite.