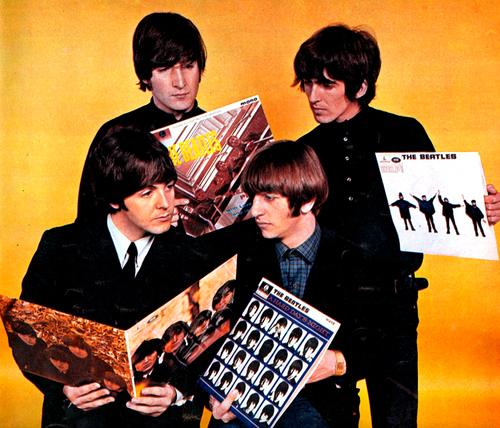 The two biggest artists of the 20th century are still making their mark well into the 21st century. Elvis Presley and The Beatles both made Nielsen Music’s list of the Top 10 artists of the past decade (2010-2019) for album sales. They were the only non-contemporary artists who made the Top 10.

END_OF_DOCUMENT_TOKEN_TO_BE_REPLACED 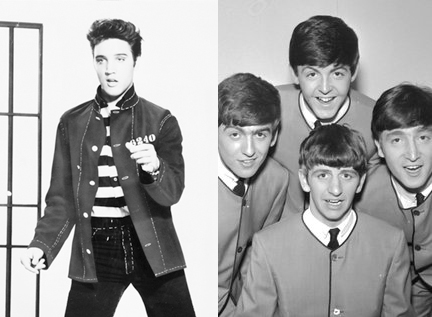 How can we compare or quantify the popularity of the two biggest acts in the history of the music business? Author Trina Young attempts to answer this daunting question by comparing the record sales of Elvis Presley to the Beatles. As simple as this may seem, the answer is surprisingly complicated.

Although historically The Recording Industry Association of America (RIAA) did not start tabulating record sales until 1958, in later years, they have gone back and recalculated their figures to include all of Elvis Presley’s certified singles, albums and EPs released before 1958. 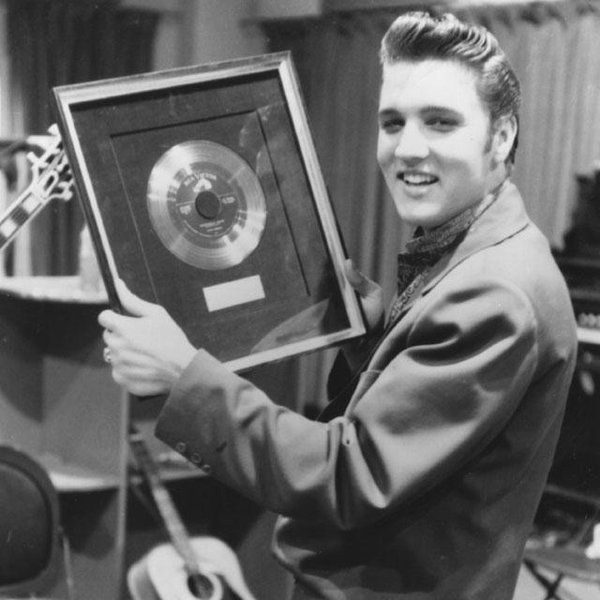 However, when exploring the RIAA Gold and Platinum Searchable Database online (RIAA.com), the RIAA figures show that in the U.S. Elvis sold twice as many singles (50.5 million) compared to The Beatles (25 million).

It is worth noting that singles were much more popular in the 1950s and early 1960s when Elvis became popular. The buying trend then shifted to albums in the mid- to late-1960s when The Beatles were at the height of their fame. EPs, which contain 3-5 songs, are included in RIAA’s calculation of album sales, by using a weighted factor depending on the certification level of Gold, Platinum or Multi-platinum status.

However, the record sales figures are constantly changing since The Beatles and Elvis Presley are still selling records in the present day. The last time the RIAA awarded new record certifications was 2018 for Elvis and 2019 for The Beatles.

While The Beatles come out on top in the U.S., the true best-selling artist of all time would have to be the top-seller all around the world. When figuring sales of singles, EPs and albums worldwide, many historians believe that Elvis is the best-selling artist period.

“I thought the Beatles had gold records until I had a private tour of Graceland. The Hall of Gold says it all. Elvis has the most Gold, Platinum and Multi-Platinum sales of all of us… amazing man… simply amazing.” – Paul McCartney, who visited Graceland for the first time in 2013

However, there is no independent agency that tabulates global or worldwide sales of musical artists. Can it really be proven that Elvis is the best-selling global artist of all-time?

The question is explored further in Chapter 10 of the book, ELVIS AND THE BEATLES: Love and Rivalry Between the Two Biggest Acts of the 20th Century.

Want to know which Beatles albums have sold
the most copies in the U.S.?

Click here to get our exclusive list of Beatles record sales
compiled by the editors of Daytrippin.com 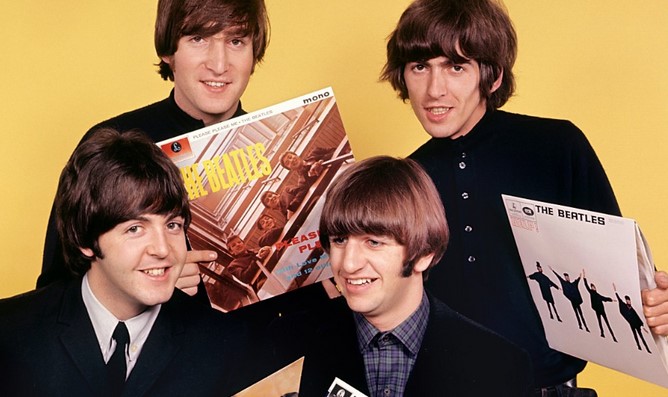 Read more about the surprising behind-the-scenes relationship between The King and The Fab Four in the 2018 book, ELVIS AND THE BEATLES: Love and Rivalry Between the Two Biggest Acts of the 20th Century