It’s hard to believe that there has never been a traditional permanent statue of The Beatles erected – until now! The new statue of The Fab Four was unveiled on Friday, December 4, 2015 at Liverpool’s Pier Head. 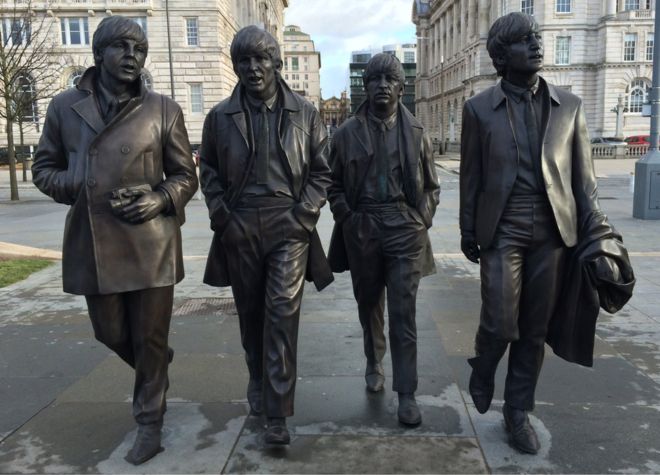 The bronze statue depicting all four Beatles in suits, topcoats and Beatle boots, circa 1963 reminiscent of their Live at the BBC album cover photo, was unveiled by John Lennon’s sister, Julia Baird, and Liverpool Deputy Mayor Ann O’Byrne. According to The Liverpool Echo, the statue weighs approximately 1.3 tons and was sculpted by artist Andrew Edwards.

The faces look extremely lifelike and the statues are a few feet taller than the real thing, causing most people to reach only the shoulder height of John Lennon, Paul McCartney, George Harrison and Ringo Starr for photo purposes. John and Paul are placed slightly ahead of George and Ringo as they appear to be walking down the street together. The statue was presented to the city by the Merseybeat venue the Beatles helped to make famous, The Cavern Club.

The statue unveiling marks 50 years since The Beatles final show in Liverpool at the Empire Theatre on December 5, 1965. Sculptor Andy Edwards told the BBC that he hopes his statue will become “a place of ritual” for people to come together. 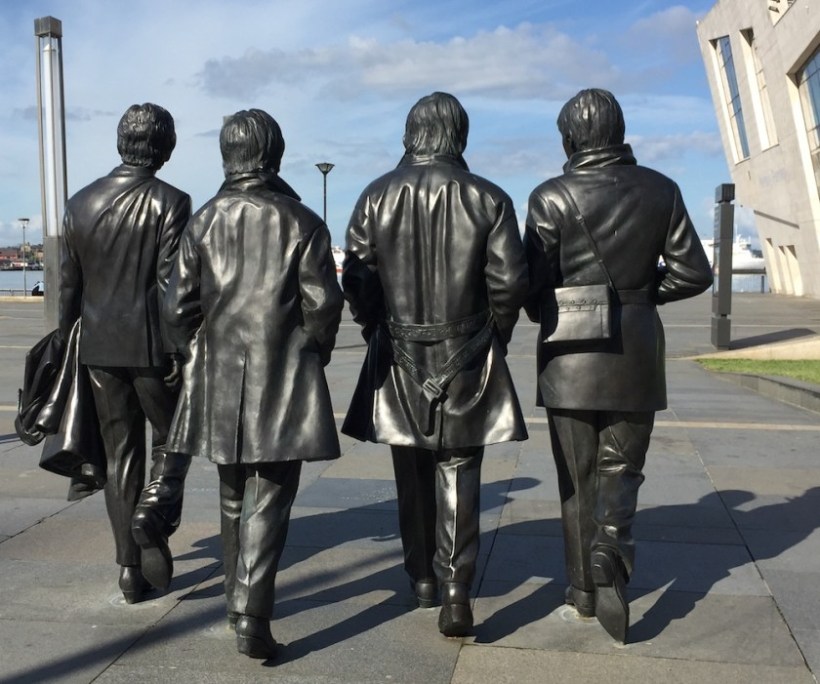 “The statue stands in loving memory of the best band in the world – the band that leapt from The Cavern stage to worldwide recognition,” Julia Baird said.